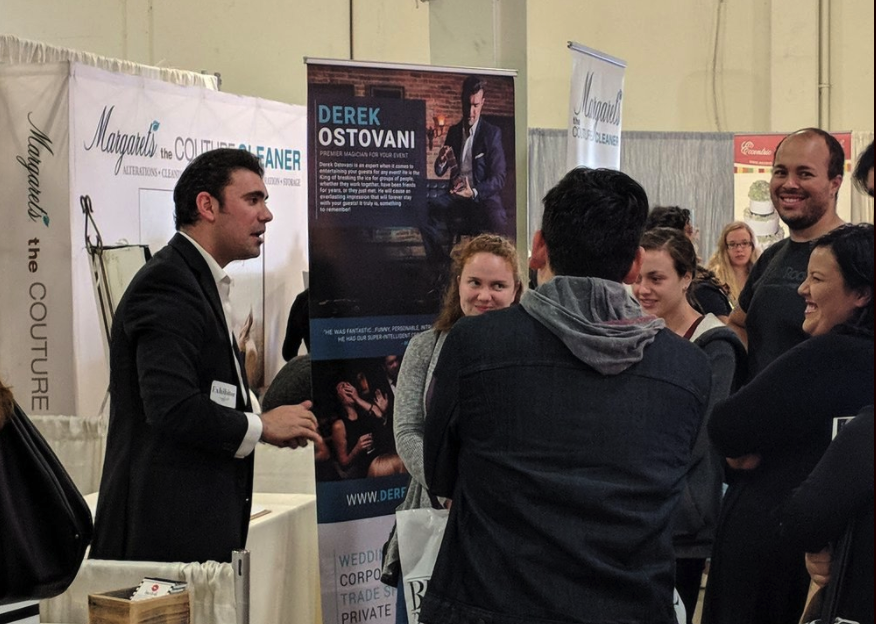 Why do you need a Trade Show Magician?

Have you ever been to a trade show?

Magicians are a popular tool for any trade show booth to utilize as a means to draw attention to their booth, their products, and their message. It's great because everybody loves Magic (MOST everybody) and so the second they see someone doing Magic, they stop, and watch, no matter what the booth is! Then, a few people attract a small group, and a small group attracts a large number of people! At that point the Trade Show Magician has a LOT of people in the palm of his hands. If the company that hires the trade show Magician is smart, they will require the trade show Magician to incorporate their message, their motto, and definitely their name into the patter of the Magician.

This does a number of things; but it mainly gets the product and company name in the head's of prospective clients. Subconsciously, it also tells people that they really believe in their product that they want to invest in a Magician. To find out more information see and see some testimonials, see my page here: http://derekostovani.com/trade-shows

That being said, expect to pay well for a Trade Show Magician (just a heads up)!

But why is a Trade Show Magician worth paying for?

Well here’s some reasons as to why: