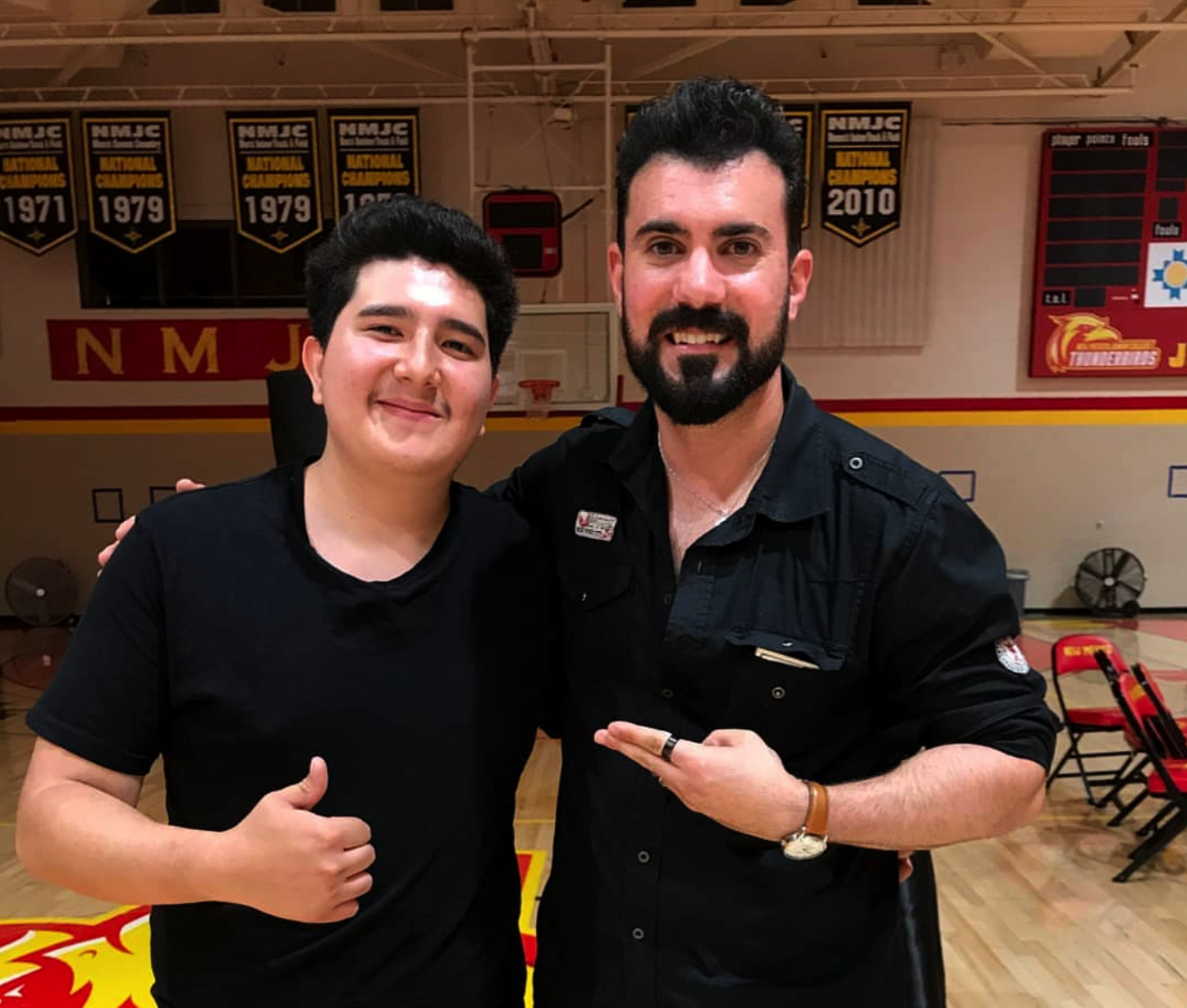 Back when I lived in Arizona, I did a hypnosis show for a Jr. College way out south, almost to Mexico.

Back when I lived in Arizona, I did a hypnosis show for a Jr. College way out south, almost to Mexico. They were known as Cochise College and known best for there athletic programs as well as there Aviation program. But it’s always a nice time driving out there every August because on that time of year it always rains, and inevitably, each time I’ve been there, it has rained. But it causes the surrounding areas to be so green and lush. One of my favorite parts, is a nearby area known as Bisbee.  It’s a small historic copper mining town.

At the time when they hired me, it had been a while since I had performed my Hypnosis show, but I quickly got back in the grove and have been back at it ever since! They have continued to hire me back every year since and each time, the students are always so great and we put on a fantastic show!!

Last year, their event coordinator left for another opportunity at a Jr. College in New Mexico. But she liked me and my show so much, she hired me out again to perform hypnosis as the kicked off for the start of their year. Well this show was no different, in fact it may have been one of my favorite shows to date!  When I got there, it was an awesome school. Everything was so modern and their Gym (where the show was held) was stellar! Their graphic designer made an amazing flyer for my hypnosis show, see the picture above.

The show itself had many hilarious moments! I had one girl thinking there was a giant rat under her chair, I had a couple of other people standing up and performing air guitar, and I had the whole group thinking I was invisible and things were floating around the room!!!  They had so much fun, and one student took a picture with me, as this was his first experience with hypnosis. He posted a very flattering message about me and my show on social media! I look forward performing for them again next year!