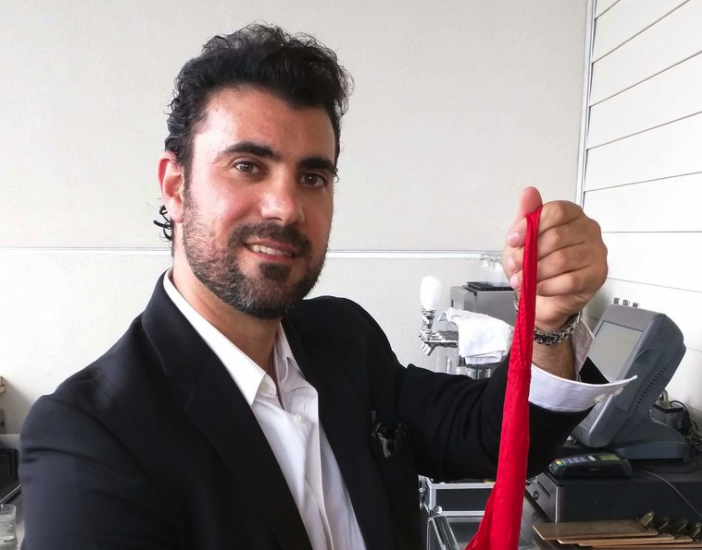 THAT is the question!!!

THAT is the question!!!

As a professional Corporate Magician, I've always struggled with this, because Magic is what I love, and it's so visual, and so beautiful; however, Mentalism is so strong! Why you ask? You see, often times with Magic, there is some type of prop. Whether that be a deck of cards, or an intricate box with fancy lights and pretty girls, unconsciously people think it has something to do with those props. Whether or not that is true, or it is just pure sleight of hand, is besides the point. Magicians are able to accomplish the impossible, and usually it's pretty visual, but when it comes to Mentalism, the impression is given off that we (Magicians) truly either plucked the thought right from someone's head, or got vibes or an impression that led us to our conclusion. And the props that we use are usually no more than innocent pieces of paper and a pen which EVERYONE is familiar with. Even a deck of cards that everyone is supposedly familiar with, they do not know a deck of cards intimately like that of a Magician, so they often suspect something funny. I invite spectators to handle and shuffle my cards, because the second you do, you can see the astonishment if their face become heightened! At the moment, I mix Magic and Mentalism, but I am starting to think they both might have their own place and perhaps Mentalism is exponentially more impressive when done as a stand alone show. The reason being, that if you combine the Magic, the spectator thinks the Magic was just a "trick" they will put that in the same category when viewing Mentalism. I'm excited to see where and how my show develops!

So Should you hire a Magician or a Mentalist?

Some people solely do Magic, and others solely do Mentalism, and other people combine the two. Ultimately the decision is up to you. However; as a Magician, people always expect you to read their mind anyways, so why not give them what they want?! Sometimes just mentalism can be a bit redundant; your mind is read, a prediction is made, or an unlikely coincidence takes place. If all of that is combined with some visual miracles, it truly makes for an amazing set of skills and a great entertainment for your guests of the event! OR another good compromise is to have the Magician do close-up, sleight of hand Magic, strolling amongst the guests and for the after dinner show, have a pure mentalist show! Either way, I hope for a successful event!