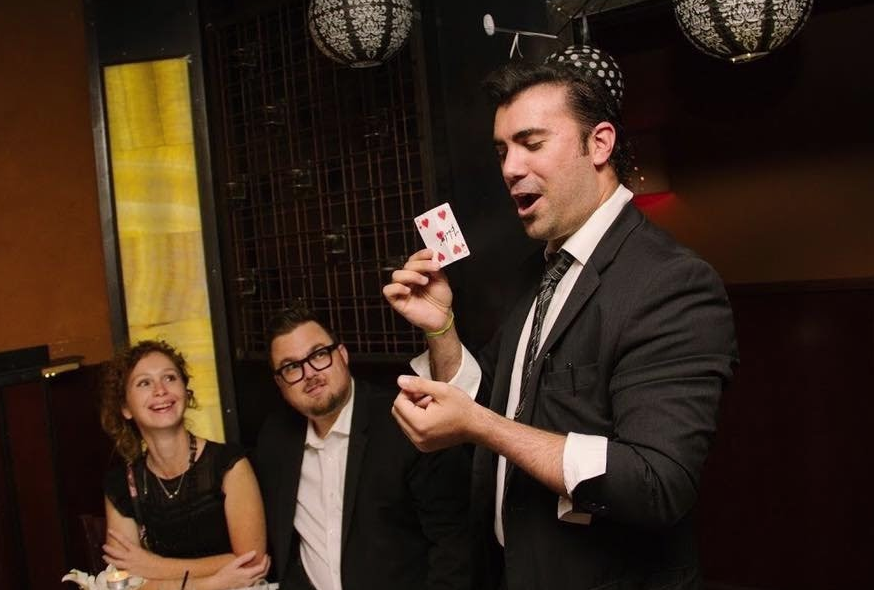 About 2 months ago, I had the opportunity to put on my own Close-Up Magic Show.

About 2 months ago, I had the opportunity to put on my own Close-Up Magic Show. Now, I do a lot of Close-up Magic, but not necessarily a routined sit-down formal show. There is big difference between doing Magic, and doing a Magic SHOW. Once I found out I was going to put on a show, I had the chance to either do half close-up Magic, then intermission, then finish it off with stand-up material, OR do an entire 60-75 min Close-up act. One like you might find at The Magic Castle, only 3 times longer. So since I get a lot more opportunities to do stand-up material at a lot of my corporate shows, I thought it's a no brainer and I should do a formal close-up show, so I did.

I immediately sat down and wrote a list of effects that I think are strong, and that I perform well, then strategically placed them in an order that I thought would compliment their strengths. From there, I sat down with a friend and discussed my list. That way I can have 2 minds instead of one (which, up to recently I was stubborn and thought I could do everything myself, and now realize the power of more than one mind).

Once I settled on my routine, I began rehearsing for my show. I quickly found out, it is not easy to rehearse an hour long Magic show (which I should've known, because that's what it's like rehearsing Hypnosis). But I began rehearsing in chunks which helped. I also thought that after my first show, I would make a lot of changes from one night to the next. Surprisingly, the first show went so well, that I didn't make a single change! Not only that, but the second night went EVEN better!! When I finished that show, I easily went an additional 15 minutes longer than the night before, and that's because I developed such a good rapport with the audience and my chemistry was on point with them, that the intermittent banter kept going on!!

Here was a review from that show:

"This was my fourth visit to the theater and first time seeing Derek Ostovani.  His show was fantastic!  I hesitantly went with two very analytical types and watched them both fully engaged, laughing throughout, and slack-jawed with wonder.   Derek's ability to play off his audience and use his incredible quick wit was phenomenal.  Wonderful card and coin tricks that defied explanation." - Shawn G.

That being said, I was very excited and can't wait to put on my Close-up show again! And better yet, send that to the Magic Castle where you can see me there!