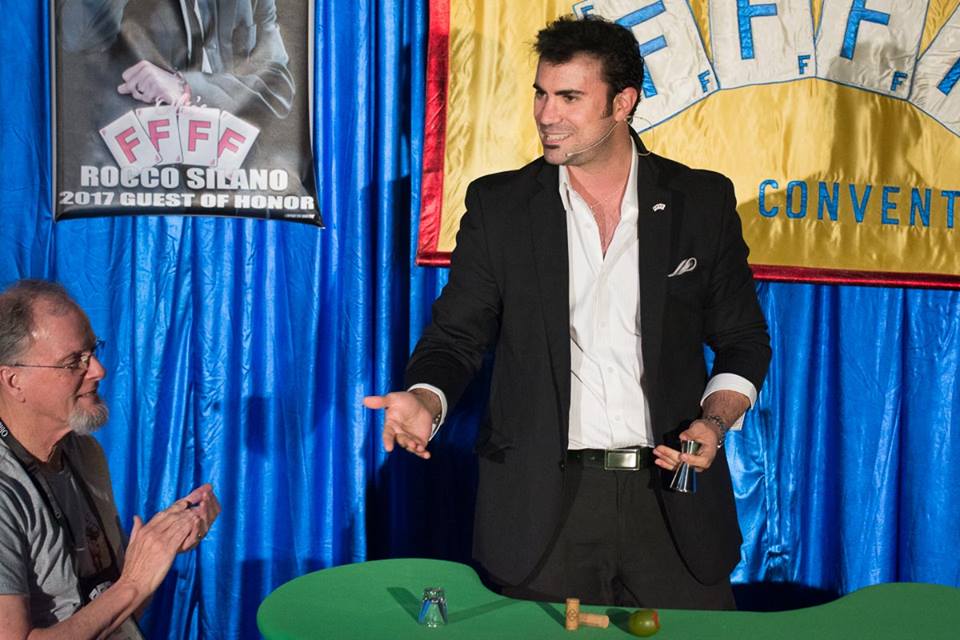 What does 4F stand for?!

What does 4F stand for?

It is an invite only convention held in Buffalo, NY every April.

Flash back... It was last year 2016 when I was at Magic Live, the worlds Largest Magic convention held in Las Vegas! I was doing a signature effect of mine (pictured below) to some fellow Magi. Unbeknownst to me, Obie O'brien who runs 4F was watching from over my shoulder, and as I was done, a hand grabbed my shoulder, I turned and it was Obie - he said,

And right there he cordially invited me to his convention. I was honored.

He said I had to get to sponsors, which I was able to have Doc Eason and Eric Jones (current AGT contestant) happily sponsor me.

Stay tuned for my 4F experience!