In addition to being a an award winning Magician and international performer of his sleight of hand Magic and Stand-up show for corporate events, Derek is also a certified Hypnotist.

Derek provides for a hilarious stage hypnotic show sure to be the most memorable event you'll ever have! Just as well, the audience will roar with laughter as their friends, family members and co-workers steal the show dance like a super star on stage! 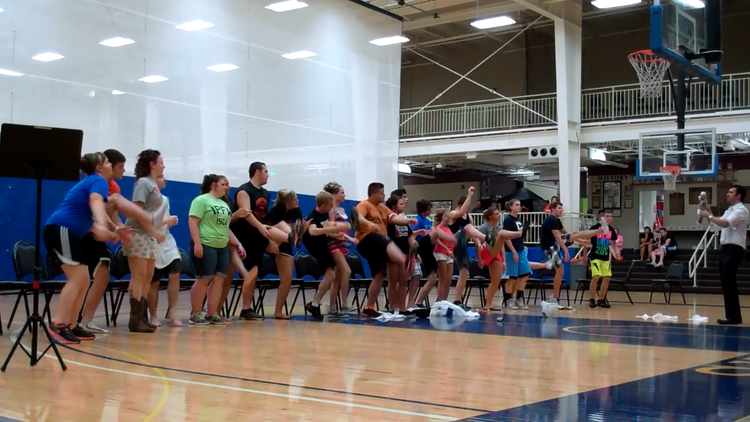 Derek will first explain what hypnosis is and what a person will and won't do and put everyone's mind at ease. Derek then invites 20-25 people up to join him to have the most relaxed fun they couldn't imagine. The volunteers are given group suggestions such as the "YMCA" song, as well as, individuals are selected to perform skits such as performing as Michael Jackson! The volunteers will become the "Stars of the Show" and your event will be talked about for a long time!

All shows are performed with the safety of the audience in mind. Nobody has ever regretted volunteering to join in the fun onstage. After they hear what they did, they will wish they could see a video of it!

Derek can film the show and make DVD's for people that really do want to see what they were like up on Stage! A souvenir to keep forever! Just ask him in advance!

Derek then leaves his subject with a positive message about never texting and driving or getting behind the wheel while intoxicated. He leaves them going through life having the confidence to obtain any goal they set their mind to, providing it's positive, and lastly he leaves them feeling refreshed , energized and ready to party all night!